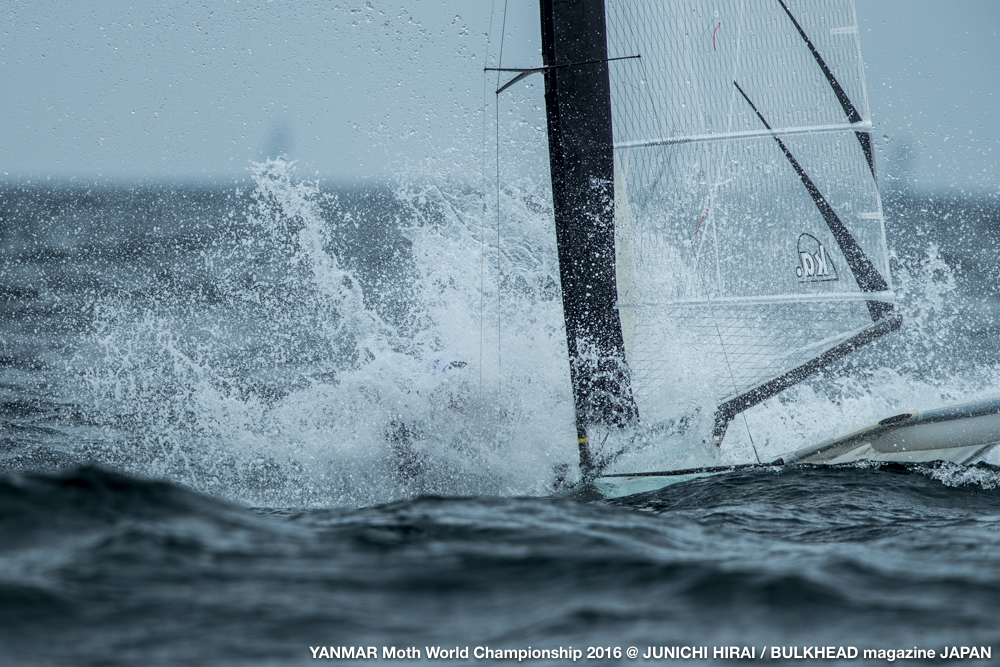 Today is another tough day for Moth sailors. Due to continuous strong southerly winds since the last night, waves were getting higher on the racecourse. Many boats following the top group capsized during the races and some of them had to retire because of damages on their boats. 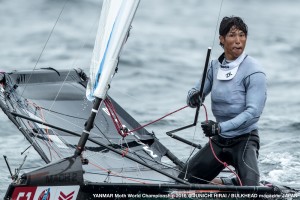 Shinji Hachiyama participating in the championships supported by a special program to develop young sailors capsized his boat just before the third race start and the tiller extension was accidentally broken. However, he manages to join the third race and completed it.
“I’m enjoying racing whatever happens during the races. I can see every day my progress,” said Hachiyama with joy. 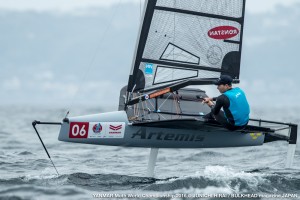 Paul Goodison from UK, 2008 Beijing Olympic gold medalist in the Laser Class, made perfect races today by keep first turning all the marks during the first and the second races and reached the first place.

Young star from UK, Chris Rashley just one point behind from Goodison, finished the second. So we must follow these two British sailors’ dead heat from the next races. 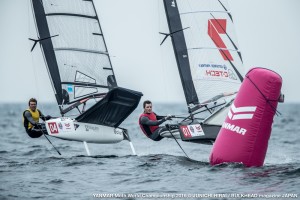 Then Australia’s Scott Babbage stays the third after finishing the first in the third race. Chairman of International Moth Class Association, Babbage tries to take every opportunity to win the championships.

Unfortunately Kohei Kajimoto could not join in the first race due to the damage of foils designed for strong winds. However, he keeps his leading position among Japanese participants. 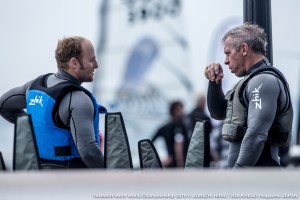 Tomorrow, May 27 is the Lay day. The sailors can spend a day, as they want. Some goes sightseeing, some maintains the boat and some has a rest.
Another hard competition will start day after tomorrow. The weather forecast says strong winds are gradually dying down.