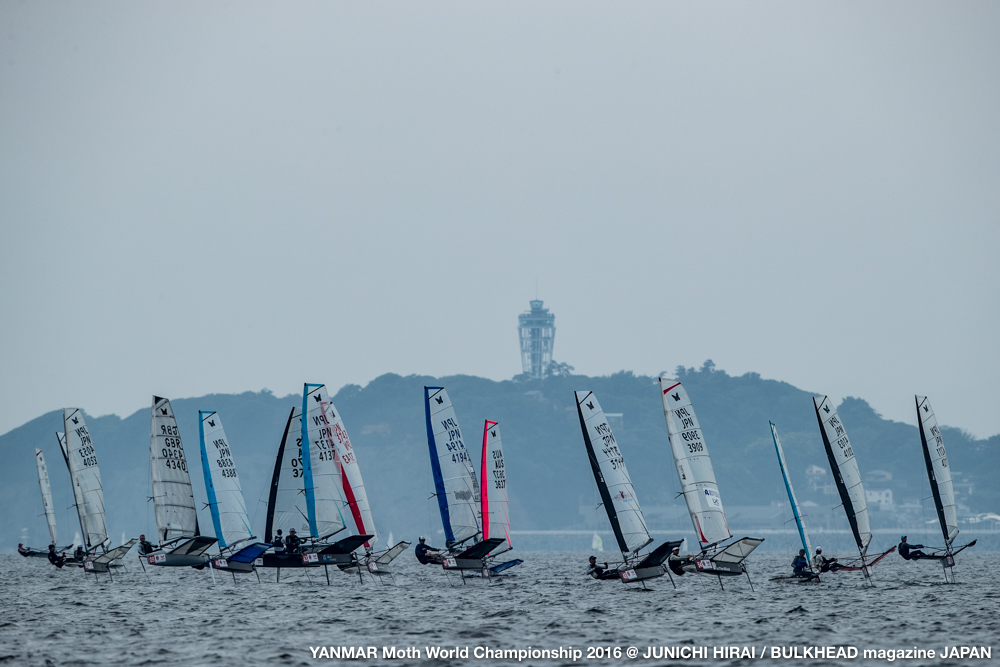 YANMAR Moth Worlds 2016 held from May 23rd to May 29th in Hayama, Japan. May 28th is forth race day and the day before final day of the event.

Thanks to weekend, the Hayama Port received many visitors who wanted to see world top level sailing competitions including those who were not usually familiar with yachting. There was a long queue for today’s tickets of spectator boats offered by the organiser.

However, due to very light winds in the morning, the participants had to wait for a long time to start racing. The first race was started at 3:35pm (JST). In continued south-southwesterly breeze of 6-7 knots, today’s three races were finally finished. 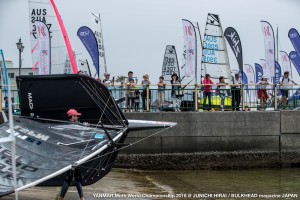 Robert Greenhalgh from UK, current EU champion who raced in 1st, 2nd and 1st during the three races made remarkable performances today. Although he was in the first place on Day 1, he had to retire 2 races on Day 2 due to the damages on his boat. Once he lost his momentum but he continued his racing and reached third, 5 points behind the top. 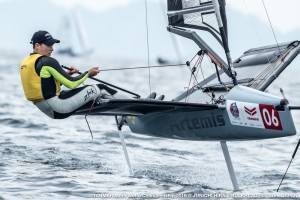 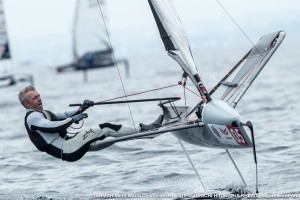 Paul Goodison from UK, 2008 Beijing Olympic gold medalist in the Laser Class, holding a leading position in the championships continued his steady racing and stays in the first place. Young British sailor, Chris Rashley following Goodison is just 2 point behind. On Day 4 the before the final day, all top three were occupied by British sailors and then Australia’s Scott Babbage is fourth. 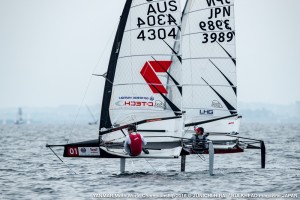 Concerning Japanese participants, Hiroki Goto showed cracking performances and reached twelfth. Sadly Kohei Kajimoto dropped down to eleventh. Now Goto is 15 points behind Kajimoto. They will continue their tight race until the end.

Tomorrow May 29th is the final day. Whether you like it or not, only three races are remained. 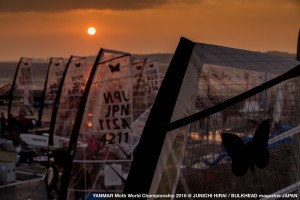