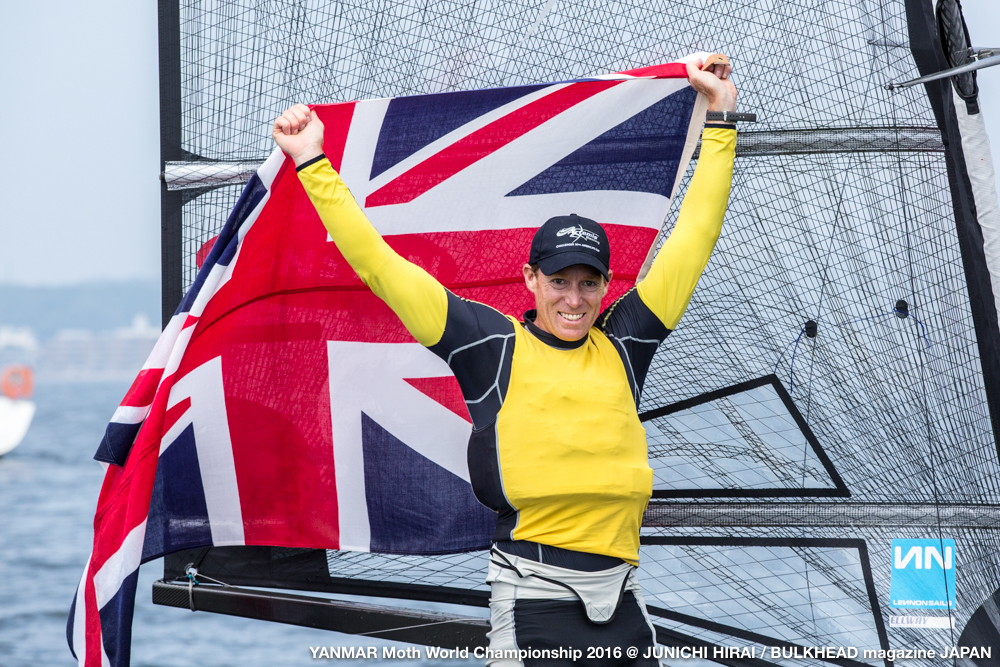 YANMAR Moth Worlds 2016 held from May 23rd to May 29th in Hayama, Japan was closing today.
On the last race day, May 29, only one race was held. Paul Goodison from UK kept his lead and became the new champion. 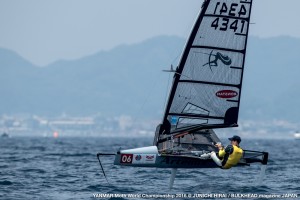 38-year-old Goodison, 2008 Beijing Olympic gold medalist in the Laser Class, continued his steady racing and finished in one of the top three positions in 11 races out of 13. He won the battle with young Chris Rashley aiming for his first victory and Robert Greenhalgh who made a fantastic turnaround yesterday and he claimed the international Moth world championship title for the first time.

“Because Rob (Robert Greenhalgh, third place) won the first race today, I felt pressure a little before the second race start. After the race start, the wind dropped. When I heard the race was cancelled, I was not disappointed to be honest. Although I was a little bit underprepared to join the championships, I am very happy to win the title after racing under various sailing conditions” said Goodison.

“If you are asking me which is more fun to sail with Laser (with which I won the gold Olympic medal) or International Moth, I would say Moth. Foiling boat attracts me very much since I can tune my race boat by sailing conditions. It is also great to race together with world top level sailors”, he added with a smile. 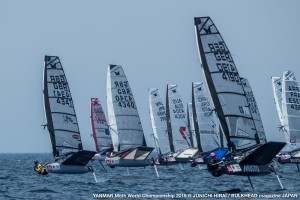 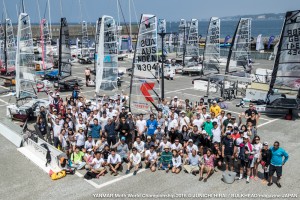 International Moth Class attracts many top sailors. “Super sailors who experienced Olympic games, Volvo Ocean Race and the America’s Cup joined in the championships. However, everyone casually exchange his or her own knowledge and skills in very friendly ambiance. It is environment of Moth Class” said Rashley in the second place. 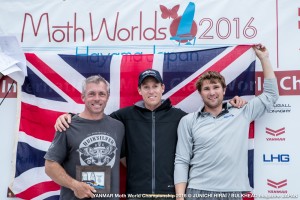 68 sailors from 11 countries participated in YANMAR Moth World Championships 2016. The next year world competition will be held in Lake Garda, Italy during summer.