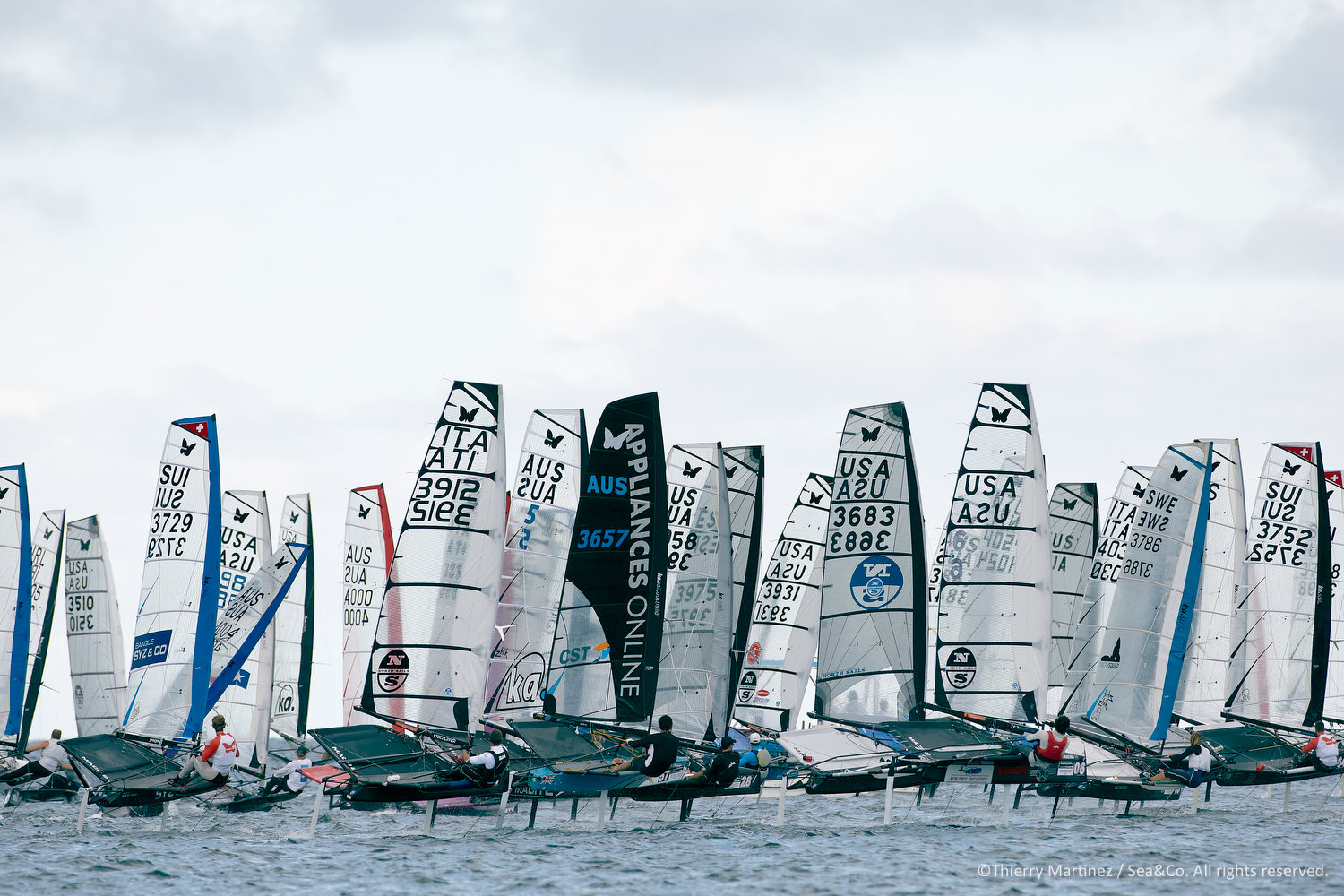 America’s Cup stars, Olympic medallists and world champions are among the record 150 plus sailors who will converge on Port Phillip in the New Year when the Sorrento Sailing Couta Boat Club (SSCBC) in Victoria hosts the McDougall + McConaghy 2015 Moth World Championship from 9-16 January, 2015, on Port Phillip.

Defending Moth world champion and Artemis America’s Cup helm, Nathan Outteridge (AUS), heads the line-up. Like so many others, Outteridge, the 2012 Olympic 49er gold medallist, will take on fellow crew and rivals from the Olympics and the America’s Cup, among them his 49er medallist crew and fellow Artemis member, Iain ‘Goobs’ Jensen.

Other Artemis entries are Loick Peyron (FRA), who has four ORMA titles and a Transat win among his illustrious results, and 2008 Beijing Laser gold medallist Paul Goodison (GBR).

Burling and Tuke are Outteridge and Jensen’s rivals, and not just in the 49er, according to Tom Slingsby, who slates Burling as the biggest potential threat for the Moth world title.

“Peter Burling is the man to beat. I’ve been watching him, he’s sailing really well and improving all the time,” says Slingsby, the first Australian to be named ISAF World Sailor of the Year (2010) and Oracle strategist.

Slingsby is running himself ragged in the lead-up. Competing in the Moth class at Sail Sydney along with other Moth Worlds candidates, on Tuesday he will call tactics aboard Perpetual Loyal in the SOLAS Big Boat Challenge on Sydney Harbour and in the Rolex Sydney Hobart. In between, the 30 year-old will skipper Oman Air in the Extreme Sailing Series from 11-14 December, but insists he is enjoying every minute.

“I had a break from sailing – I needed it. But now I’m enjoying all the opportunities that are coming my way,” said Slingsby, a multiple world title holder in the Olympic Laser class and former Etchells world champion. “The Extreme is a great opportunity to sail with some of my Oracle crew and it will give me time on the water and practice for the Moth Worlds,” he said.

“Realistically, there are 10-15 people who could win the Worlds. People are coming up with new twists all the time. The Moth is developing all the time, as can be seen with the foiling,” explains the Terrigal sailor who with his Oracle team mates has been practicing on the home turf of Outteridge and Jensen at Wangi Wangi on the NSW Central Coast.

“I’m more local than they are now,” he says laughing. “The Oracle guys have spent a bit of time there because the conditions are perfect for Moth sailing – it’s quiet – there are no distractions, so we can concentrate on sailing.”

Tornado Olympic medallist Glenn Ashby owns more world championship trophies across a broad range of multihull classes than anyone else. Leaving the woes of losing the America’s Cup behind him, the Bendigo sailor commented: “it will be, without doubt, the single most high-performance regatta I’ve ever done.

Bora Gulari, the 2013 Moth world champion returns this year after taking a year off. Since his win in Hawaii, the American has been training with the Luna Rossa America’s Cup syndicate.

Missing in action will be America’s Cup winning skipper, Jimmy Spithill, who is having his elbow operated on, but another Spithill will take his place. Younger brother Tom will try his luck in this fast-paced high-level foiling class and has also been putting in practice.

In the younger set too is 2012 Moth world champion, Josh McKnight (AUS), who has to be considered a threat after winning the title at his first Worlds. He was also crowned the 2013 NSW Moth title and in July, won the Open Italian Moth Championship.

Women have thrown their hats in the ‘Moth sphere’ too, notably local sailor, Sam England. The 2011 Moth Worlds Women’s winner is training hard to bring the trophy home again. Multi-skilled Wakako Tabata, 470 Women’s Japanese representative at the 2012 Olympics, also competes in the Laser Radial and Mixed Nacra 17, while Annalise Murphy (IRE) finished fourth at the 2012 Olympics in the Laser Radial.

It is not the first time that SSCBC, located in the pretty seaside holiday destination of Sorrento, has hosted a major event; numerous competitors are familiar with the waters having contested the 49er Worlds here in 2008.

“The McDougall + McConaghy Moth Worlds will be the centre of attention during our typically busy January period and 10 days of sea breeze, sunshine and flat seas have been ordered.

“Planning with the Moth Association and our club started some two years ago,” he said of the event organised by SSCBC in conjunction with the International Moth Class Association.

Co-sponsor of the Moth Worlds, McConaghy’s Jono Morris said: “McConaghy Boats has had an enduring association with the Moth class. As foiling started to become the norm for the fleet, we started to work with Andrew McDougall on the Bladerider project when we set up in China in 2006. Between 2006 and 2008, we built around 300 Bladeriders together.

“In 2008 we launched the Mach2, which took everything we had learned collectively from the Bladerider and improved it in every respect. Today, we’ve built over 500 Mach 2’s, combined with 300 Bladeriders; that’s 800 hydrofoiling moths and counting,” he said.

McDougall is also a stalwart sailor of the class and will have his work cut out taking on the younger guns in the fleet. “I’m realistic. A top ten finish would make me proud. I no longer have a serious speed advantage over the fleet, because they’ve got the gear I developed, so it’s a more even playing field now.”

Spectators can catch a glimpse of what is to come when the SSCBC hosts a round of the Victorian Moth Grand Prix sponsored by KA Sails this weekend and the McDougall + McConaghy Moth Australian Championship ahead of the Worlds from 6-8 January. Those keen to go on the water to view the Worlds can register their interest with Sorrento Sailing Couta Boat Club. 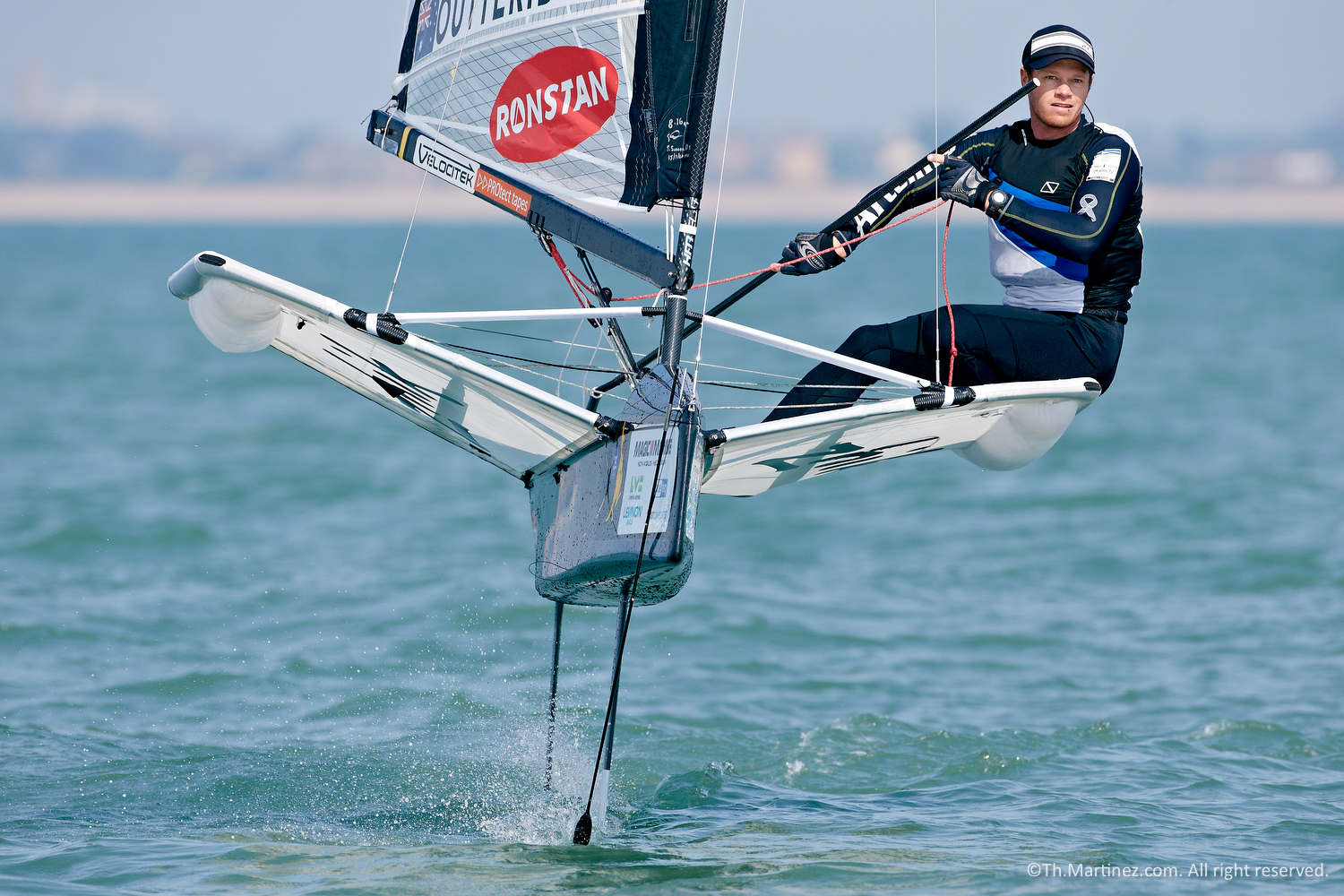 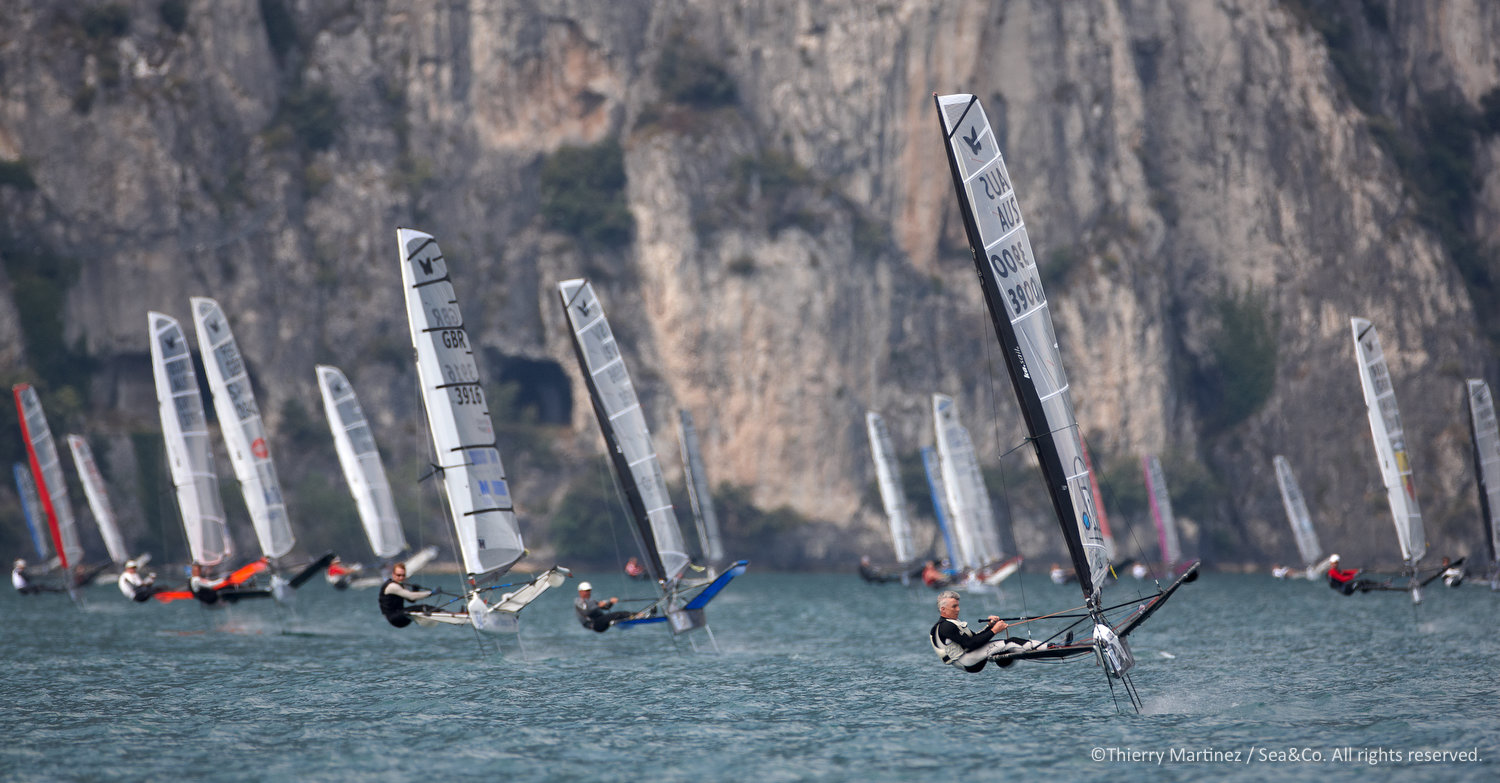