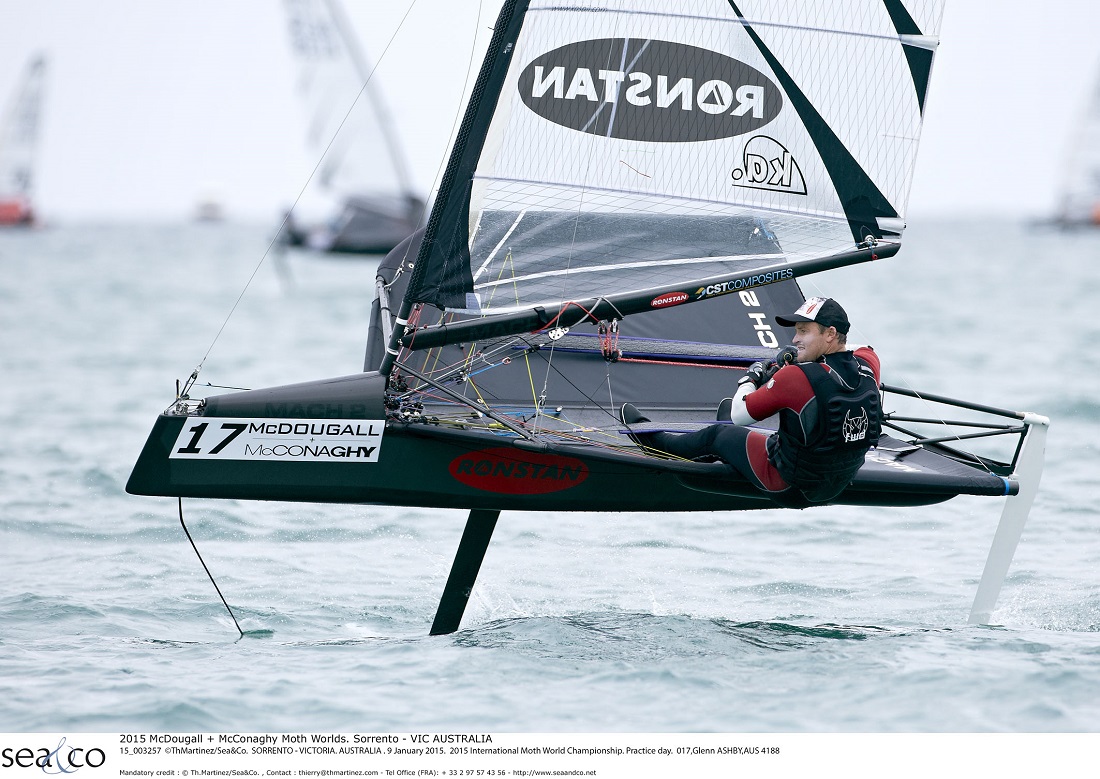 Some of the biggest names in America’s Cup sailing are here at the McDougall + McConaghy 2015 Moth Worlds, honing their skills, team bonding and generally coming to grips with the exciting foiling Moth. America’s Cup team Emirates Team New Zealand (ETNZ) is no exception.

“We’re sailing against our crew mates from other classes, Olympic team mates and mates in the other America’s Cup Syndicates (Oracle Team USA, Artemis Racing and Luna Rossa),” Ashby, a sailmaker points out.

“It’s every man for himself, but once we’re ashore there’s lots of friendly banter and laughter,” says wing trimmer Ashby, who was head coach with Oracle’s 90ft trimaran for their 33rd America’s Cup win.

The Victorian-based sailor has more multihull world, national and state titles as a skipper than you can count on your fingers and toes. And he is a Tornado Olympic silver medallist from the 2000 Games with skipper Darren Bundock.

The whole idea of being at the McDougall + McConaghy Moth Worlds, Ashby says, “came from us (ETNZ) doing the A-Class Worlds last year in Takapuna, New Zealand, where Ashby won his eighth consecutive A-Class world title. Notably, Tuke and Burling were second and third respectively. Ray Davies was fifth. All were sailing foiling A-Cats.

“It’s good for team bonding, morale and developing as a group. It helps us technically too. The Moth is a step up. It’s a very technical boat,” Ashby says.

Explaining the principle of foiling in simple terms, Ashby says, “It’s like a plane, which needs air under its wings to lift off. With the Moth, it’s water flow that gets us up and foiling.”

The 37 year-old says the entire ETNZ team sails various classes. “You definitely have to sail as much as you can, because the America’s Cup game has changed vastly over the last two Cups. The Moth goes hand-in-hand with the America’s Cup.

While guys like Davies, Barker and Ashby are the experience of their AC team, Ashby says it’s great to have the young blood of Burling and Tuke.

“It’s fantastic having the young 49er guys (Burling is 23 and Tuke 25). We’re the experience and they bring a new perspective, dynamics, new skills and passion,” say Ashby, who has his team members and their families staying at his and his extended family’s homes. “The plan is to fast track to our experience level.”

On Oracle Team USA beating them in one of the biggest sporting comebacks of all time, when down 1-8 to ETNZ and winning eight races on the trot, Ashby said: “I don’t think we’ll ever get over it, but time heals.”

What brought them undone to an extent were the lay days. “We were in full maintenance mode during the lay days. They learned to sail their boat faster in that time. We didn’t get any worse, they just got better. They did a fantastic job. Every delay seemed to play into their hands. We nearly had it, until a race we were leading to win was abandoned that day.

“Losing was brutal and the people of New Zealand were brutal. When they love you and what you are doing, they really love you. But when things go wrong, well, they are brutal.

“But it’s still the best sailing I’ve ever done in my life. It was an amazing journey. We set the bar early on and kept it going. Not being able to finish it off was soul destroying,” Ashby openly admits.

“I take my hat off to the designers and engineers on both teams. They were impressive.”

Ashby says they are now looking forward to the next Cup. “Dalts (Grant Dalton) is still running the show. He’s a good leader and operator in every respect. He’s the guy who has to make the hard decisions, and he does because he is so passionate about the sport”.

So here they are at the McDougall + McConaghy 2015 International Moth World Championship and doing well. Burling is leading by 11 points with two days of racing left. Tuke is 13th, Ashby 15th, Davies 21st and Barker 29th.

“I hope I can move up the standings a bit. My boat got smashed into in one race, which left me out of the next. We’ll see…,” Ashby ends. 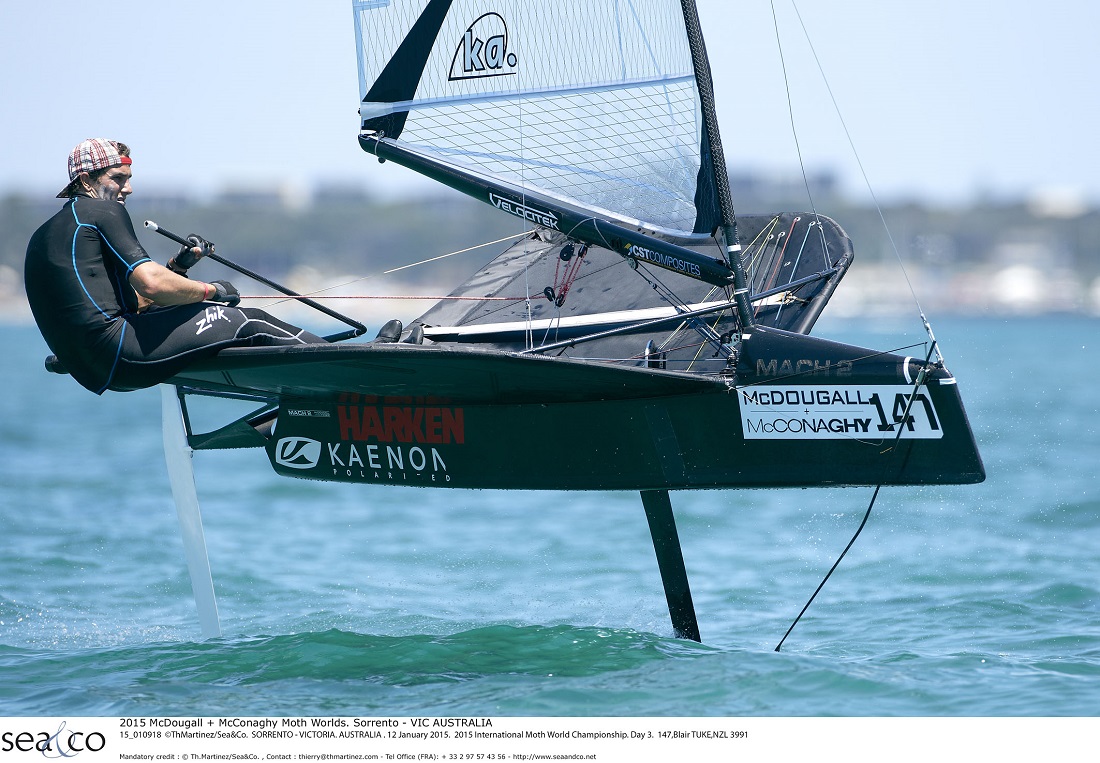 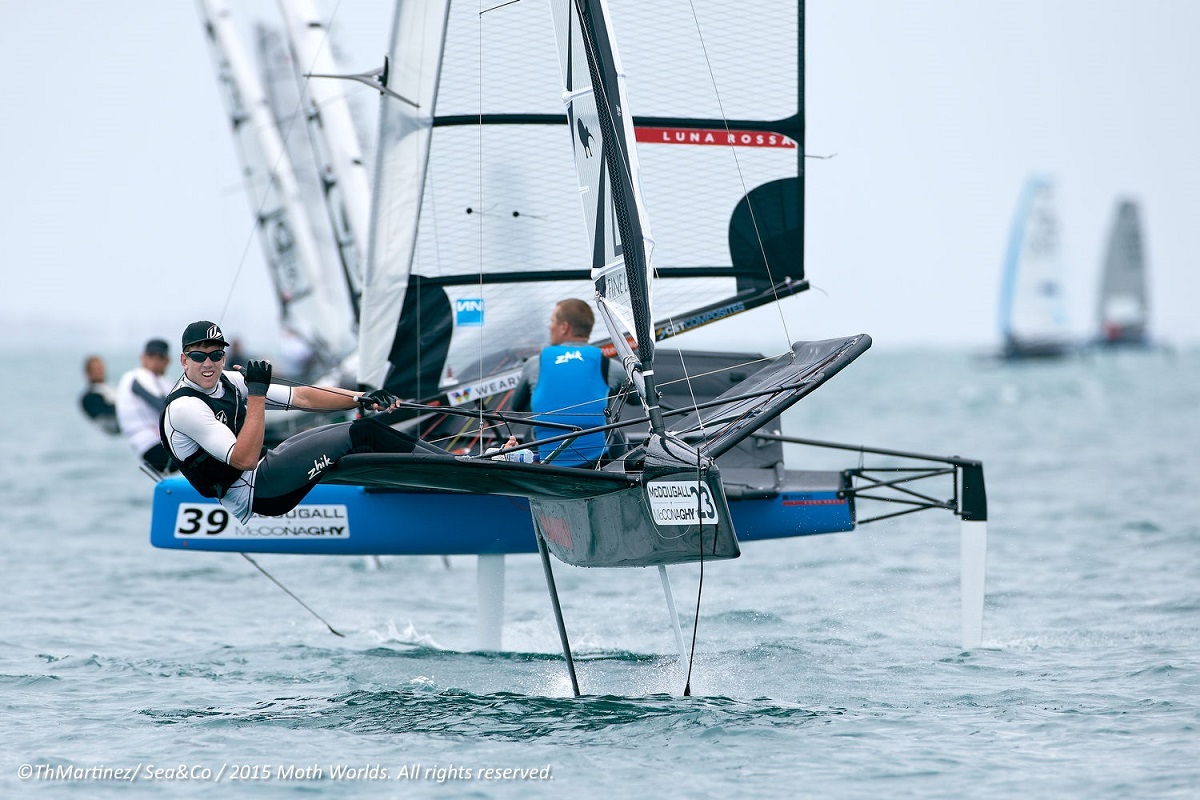