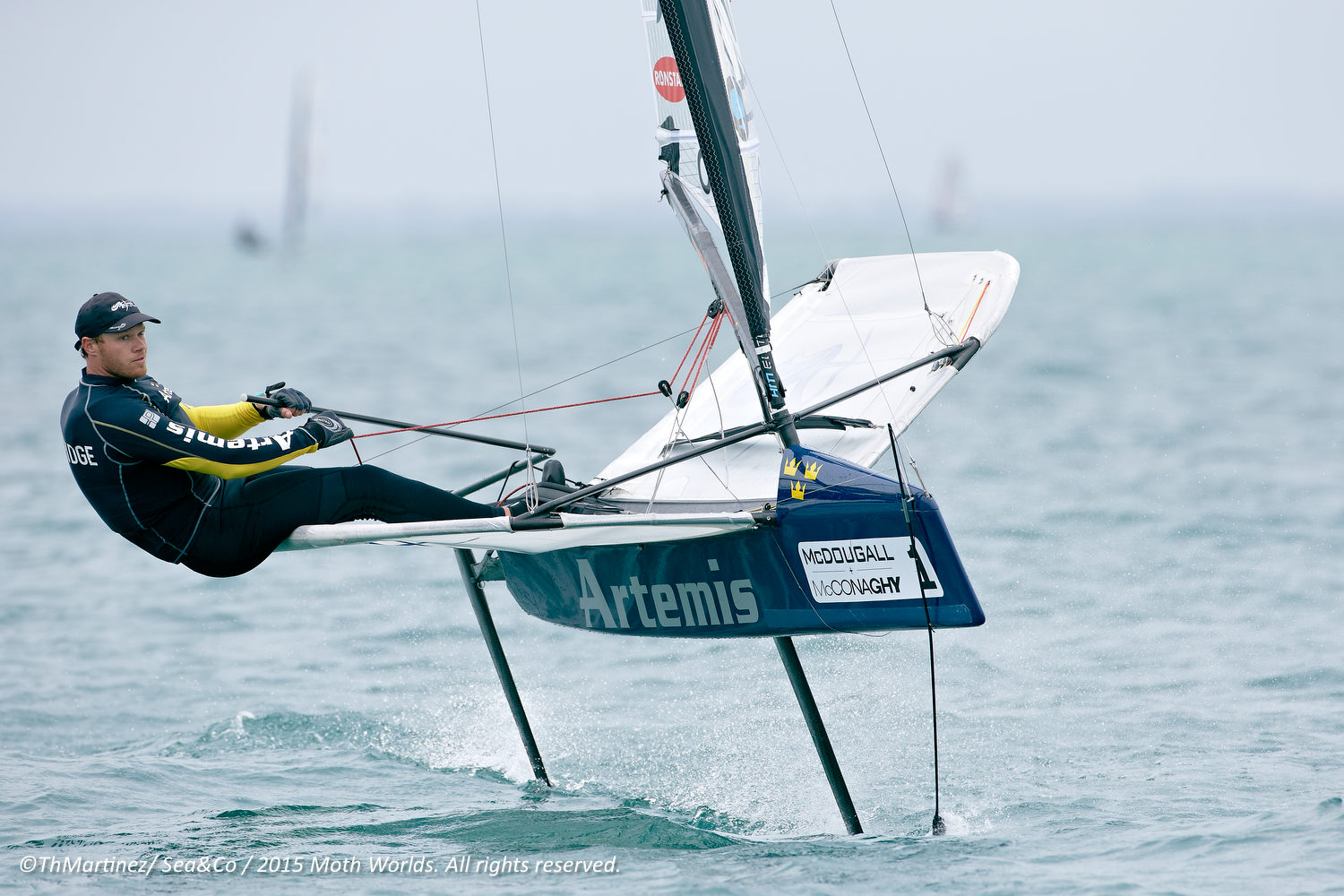 Outteridge, the 2012 Olympic 49er gold medallist skipper, fired off two bullets and a fourth (his drop) on the first day of the Qualifying series to take an early lead.

Peter Burling (NZL), the 2012 Olympic silver medallist skipper, who fellow Moth competitor Tom Slingsby forewarned would be the biggest threat for the series some weeks ago, is in second place after scoring 7-2-1 results, while Outteridge’s 49er gold medallist crew, Iain Jensen, is third. The top three are each separated by one point.

“There’s a lot of Kiwi rivalry going on,” Outteridge said tonight. We raced again them (Burling and Blair Tuke) in the 49er and now here we are again. Peter is top in my group, so we’ll see how we go tomorrow.”

Jensen agreed. “Peter Burling and Blair Tuke, who were our training partners in the 49er are our biggest rivals. Peter’s in Nathan’s group and Blair’s in mine; he’s only sailed a Moth for three months, so his win (in Race 3) is pretty impressive,” Jensen said of Tuke who is currently in 21st place.

Former two-time world champion and Moth exponent, Rohan Veal, is on the comeback trail, having not competed since 2008. A little rusty, he is in 35th place. In 2005 he won every single race of the Worlds in stunning fashion. The best placed female is Wakako Tabata (JPN) in 65th place.

Two races were held in a 6-10 knot south/south-easterly breeze. Race 1 was fairly quick, but by Race 2, patchy fickle winds slowed the fleets on both courses and the sailors struggled to foil. Then the breeze fizzled to little more than 2 knots.

The AP flag was raised and the sailors waited it out. Finally a third race was underway in more light patchy airs. Race officials shortened the race to one lap, and once it was over, they were forced to call it quits for the day and competitors returned to Sorrento Sailing Couta Boat Club (SSCBC) which is hosting the Worlds. 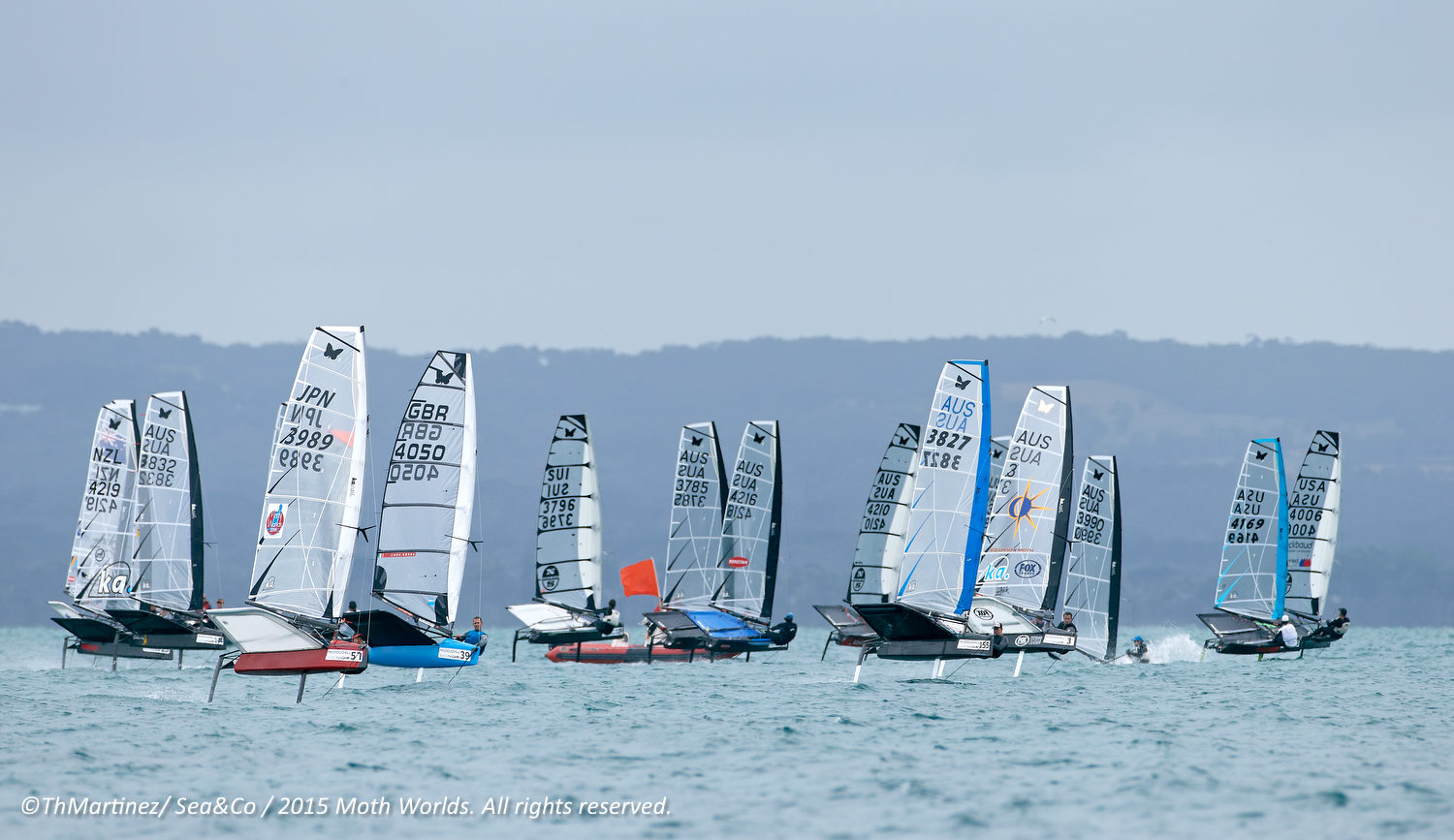